Lieutenant Colonel Ron Cross is a military man through and through, A Regular Force Cadet, Artilleryman, Infantryman, a Graduate of the Officer Cadet School, Portsea and RNZAOC Officer, including a stint as Chief instructor of the Ordnance School from November 1972 to August 1974 and Officer Commanding of the NZAOD from April 1976 to May 1978, Ron is a  proud soldier.

In this Memories of Service video produced by the New Zealand Returned Services Associaton.  Ron recounts the experiences that shaped his life. Joining up as a regular Army Cadet, Ron served in both the Malayan conflict and the Vietnam War. From the comedy of preparing for jungle warfare in snow-covered hills around Tekapo to the tension of being fired on at close range on the roads of Vietnam, Ron’s vivid recollections are captivating.

Click on the attached link to view the video:

Sport within the military is promoted as a method of sustaining morale, encouraging fitness and keeping troops occupied and out of trouble. During the 1930s, when the world was in the depths of the great depression, sport became a useful distraction for the staff of the NZAOC Main Ordnance Depot (MOD) at Trentham Camp. Sport also became a useful tool for developing leadership and teamwork and as a way of contributing to the local communities that the  MOD belonged too. Using the team photo of the 1934/35 Ordnance Cricket team, this article will examine the NZAOC participation in sport as a member of the community and look at the stories of the men in the photo.

As the anchor unit at Trentham Camp, the staff of the MOD would be active participants in the sporting life of Upper Hutt and the wider Wellington Region. The Director of Ordnance Services (DOS) Major T.J King, a keen sportsman was very active in sports administration as a member of the Wellington Rugby Union and New Zealand Rugby Union. Most sporting codes in Upper Hutt would have their membership boosted by the staff of the MOD, who in an individual capacity contributed as players, coaches and administrators.

The onset of war in 1939, would lead to the end of the Upper Hutt Cricket Association, with many of the participating clubs absorbed into the Hutt Cricket Association and participation in local sports competitions by the MOD went into abeyance for the duration of the war. The MOD would not provide teams and re-join the local competitions until 1950.

The photo of the 1934/35 Ordnance Cricket team is one of the few remaining relics of that period and provided a snapshot to the Ordnance Team of 1934/35. They are posing before or after a match at Maidstone Park the eleven members of the team are in their Cricket Whites with blue caps emblazoned with an Ordnance Badge.

Based on available information, the team from left to right are:

Date of Birth: 29 April 1891 – George Leslie has served for two years as an Infantryman during the First World War. Wounded in action in 1917, Leslie was repatriated to New Zealand to recover from his wounds. On 1 November 1919 Leslie enrolled into the Dental Detachment of the Temporary Employment Section (TES). On 1 January 1920 was appointed as a temporary member of the New Zealand Army Medical Corps (NZAMC) at the Army Medical Stores at Wellington. On 9 June 1924, Leslie was sent to Trentham Camp to unpack the Divisional Medical Equipment received from England at the end of the war. With the closure of the Medical Stores in Wellington, the stocks at Trentham would become the medical stocks for New Zealand’s Military Forces, with Leslie appointed the NCO In Charge (NCOIC).

April 1942 saw Leslie promoted to Warrant Officer Class Two and transferred to the Advanced Depot Medical Stores at Palmerston North as the SNCO in charge. The Advanced Depot Medical Stores closed in 1944 and Leslie was placed under the strength of No 2 Ordnance Sub Depot at the Palmerston North Showground’s, supernumerary to that unit’s establishment. Promoted to Warrant Officer Class One in April 1945, Leslie transferred back to the MOD in Trentham in July 1947, taking his discharge in February 1948.

No information other than he was employed as a civilian in the MOD.

Hughes was a soldier at the MOD until 1931 when his position was civilianised, and he was transferred into the Civil Service.

Date of Birth: July 1902 – Lionel Herbert Stroud enlisted into the NZAOC as a Soldier at the MOD on 21 October 1928. Like most NZAOC Solders his position was civilianised in January 1931, and he was transferred into the Civil Service doing the same job but at much a much-reduced rate of pay. By 1935 Stroud had been reinstated as a soldier at continued to serve at the MOD.

In 1939 Stroud was transferred into the 2nd New Zealand Expeditionary Force (NZEF) as a Warrant Officer Class One. During his time in the 2nd NZEF Stroud would serve in Egypt and England helping to establish the Ordnance systems required to support the NZEF, and for his efforts, commissioned as an officer. Returned to New Zealand and posted out of the 2nd NZEF in February 1943, Stroud was commissioned into the New Zealand Temporary Staff (NZTS) as a captain and would serve in a variety of Ordnance roles for the remainder of the war. In 1947 Stroud was transferred from the NZTS into the NZAOC as a Captain and Quartermaster (Temporary Major and Quartermaster). For the remainder of his military career, Stroud would serve at the MOD and as the Officer Commanding of No2 Ordnance Depot at Linton. By 1954 Stroud had retired from the Army and took a new career as a wine merchant.

Date of Birth: 17 Feb 1909 – James Danby joined the NZAOC in the early 1930s as an instrument repairer. A keen sportsman who in addition to playing Cricket for the Ordnance Team was also a coach/player for the Upper Hutt Rugby Team. During World War Two Danby was commissioned as an Officer in January 1943. Serving with the Divisional Workshops with the NZEF in the Pacific (NZEFIP) Danby would also run the sports committee.

After the war, Danby would remain in the Army as an officer in the Royal New Zealand Electrical and Mechanical Engineers (RNZEME) at Trentham.

Date of Birth: September 1907 – Edward Gavin Lake worked as a fruiter/storeman and would serve as an Infantryman during the war.

Date of Birth: Jan 1888 – John Keep Wilson had been a long-term employee of the Defence Department and serving as a soldier in the NZAOC until 1931 when he was transferred into the Civil Service. Reinstated as a soldier by 1935, Wilson would remain at the MOD until his retirement in 1947.

Date of Birth: 1916 – Kevin Graham Keith Cropp was a clerk in the MOD. He was appointed as a Warrant Officer Class One into the 2nd New Zealand Expeditionary Force (NZEF) in 1939 where he embarked with the 1st Echelon. 1941 saw Cropp Commissioned as an officer into the Artillery.

Date of Birth: 20 September 1898 – Allen Dudley Leighton had served with the New Zealand Rifle Brigade in the First World War. Joining the NZAOC Permanent Staff on 17 March 1925 and would be a Lance Corporal at the MOD when he was transferred to the Civil Staff on 31 January 1931. Remaining at the MOD as a civilian clerk, Leighton was appointed as the Ordnance Officer (Provision) and commissioned into the NZTS as a Lieutenant on 2 December 1939. He was promoted to Captain on 14 October 1940 and Temporary Major on 1 February 1942. Leighton assumed the appointment of Ordnance Officer Commanding and Accounting Officer of the MOD on 30 September 1946 with the rank of Major and Quartermaster. Leighton would remain the Ordnance Officer Commanding MOD until 31 March 1951 when he proceeded onto retiring leave. Recalled from his retiring leave 55 days later Leighton would eventually retire on 20 September 1954.

Date of Birth: 1908 – Charles Fred Ecob had emigrated to New Zealand as an Eighteen-year-old in 1926. Ecob was a civilian clerk at the MOD during the 1930s and would later be a soldier at the MOD until his retirement in the early 1950s.

Date of Birth: December 1910 – Henry McKenzie Reid was a civilian clerk at the MOD. Commissioned in 1940, Reid would serve as an Ordnance Officer with the 8 Brigade in Fiji. Reid would see further operational ordnance service with the NZEFIP in New Caledonia and the Solomon Islands. Reid would remain in the NZAOC after the war with Reid becoming the Director of Ordnance Services from April 1957 to November 1960.

Most of these men would play for the Ordnance team all the way through to 1939, other men who appear in the records of the team at different times throughout this period are;

During the 1930s the MOD at Trentham was a significant contributor to the sporting community of Upper Hutt. At the individual level, men of the MOD were players, coaches and administrators for many of the sporting codes in Upper Hutt.  The MOD cricket team was an anchor team in the Upper Hutt Cricket association Cricket competition, providing a level of stability in uncertain times which contributed to the success of the competition. What is significant is that despite having no opportunity to exercise together as a unit in the inter-war years, when war came, the NZAOC had a cadre of potential leaders who had honed their skills on playing fields to help guide the NZAOC in its wartime expansion.

We are often informed that ‘The Ancient and Honourable’ title of Conductor was first used in 1327 according to the Statute of Westminster of that date.

May I add something to this interesting debate?

The most popular of contemporary accounts of the First Crusade was the anonymous work known as the Gesta Francorum et Aliorum Hierosolimitorum. This account describes, inter alia, that the armies of the First Crusade under the Command of Bohemond I, of Taranto laid siege to Antioch in June 1098. Amongst the senior officers was Stephen Count of Blois. Stephen of Blois was married to Adela the daughter of William the Conqueror and was the father of Stephen 1st of England.

The Gesta Francorum (IX,27) , described Stephen of Blois as having been elected ‘ductor’ of the Army.

The examples provided on this page have been processed through the application and the results are varied. Some of the images do look a little washed out, and some of the interpretation of the colours is a bit off with khaki processed as blue and details such as hat puggarees not coming out correctly. However considering that the processing is automatic with no human intervention, the results are not too bad with many of the photos brought to life with details previously unseen in the original highlighted. 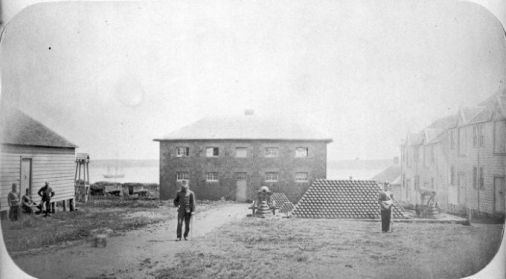 A Scene at Fort Britomart, Auckland, the 1860s. Shows soldiers from the Imperial Garrison,(Colourised). the Sir George Grey Special Collections in the Auckland City Library 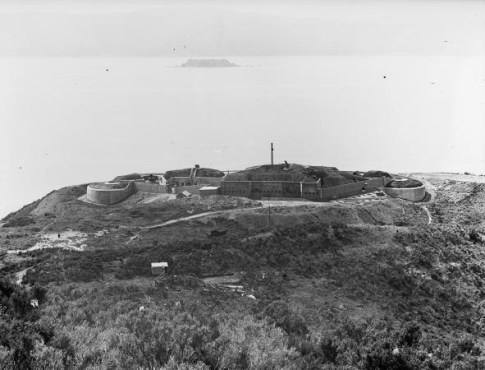 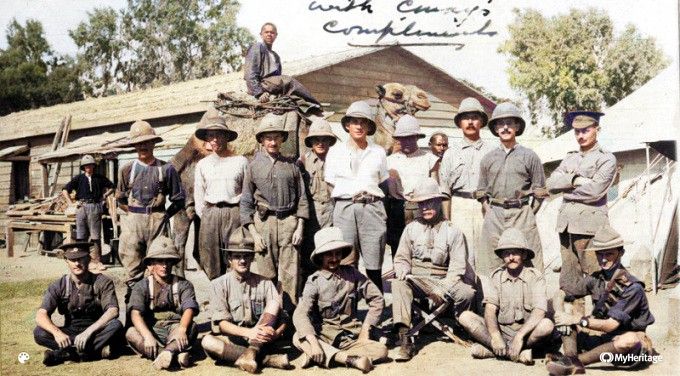 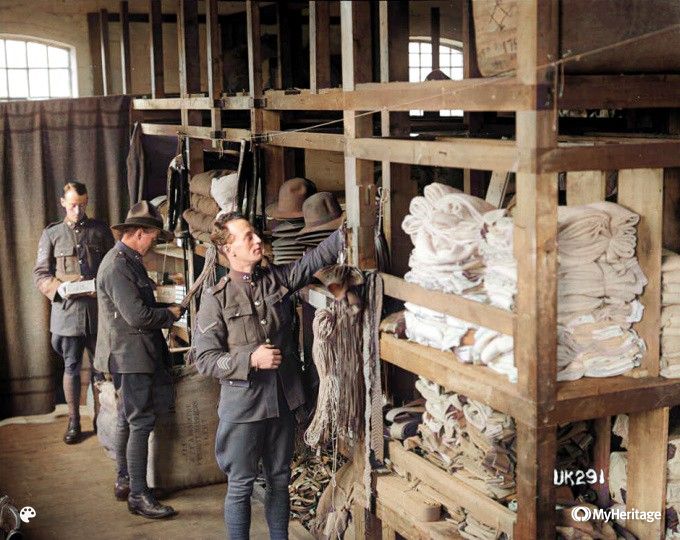 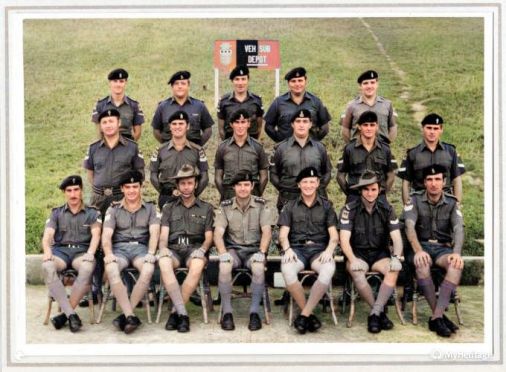 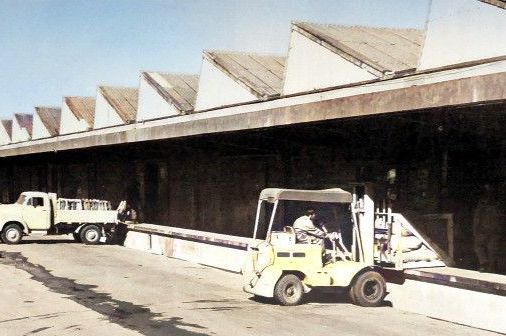 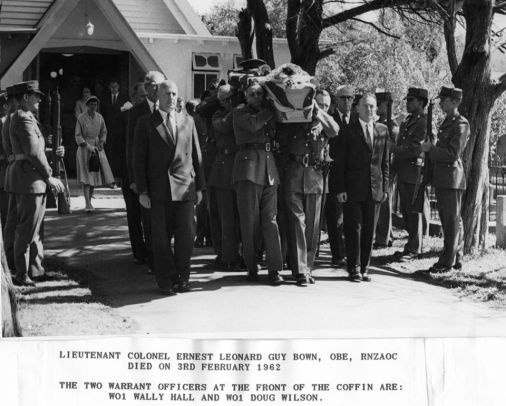 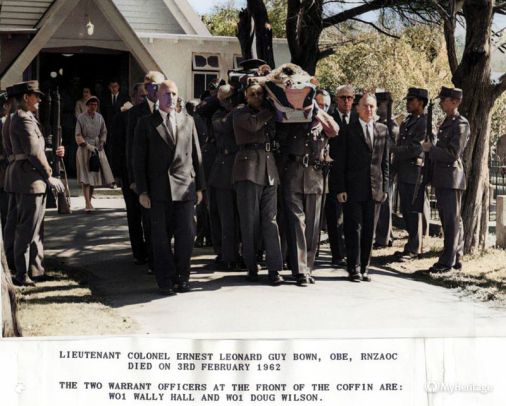 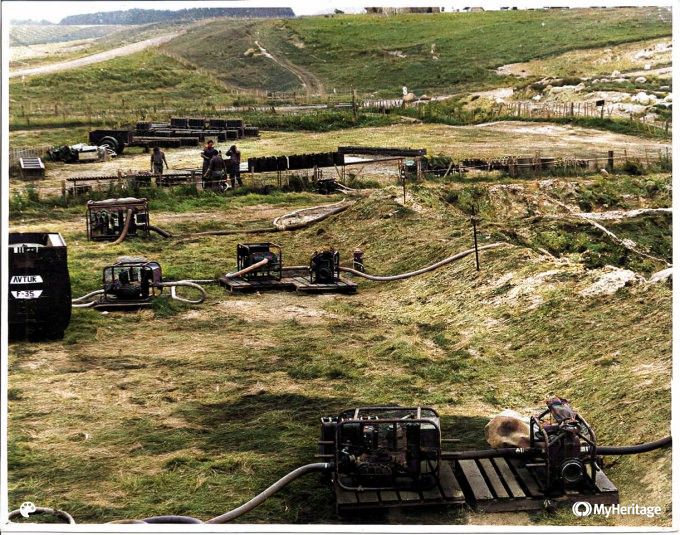 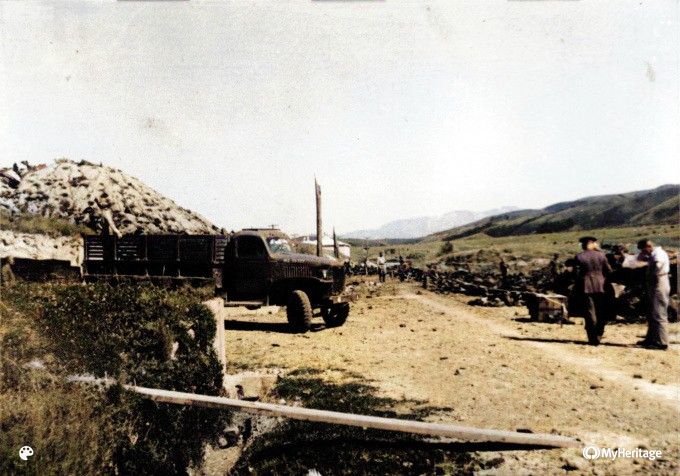 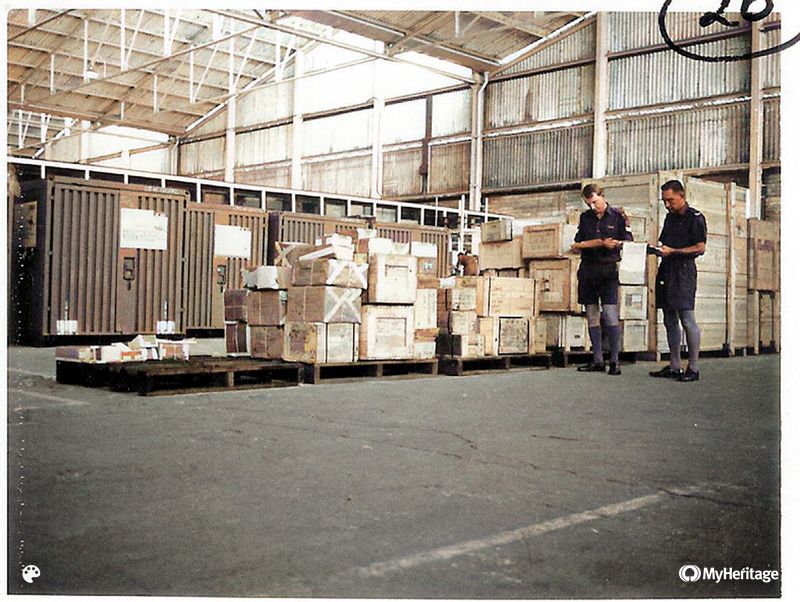 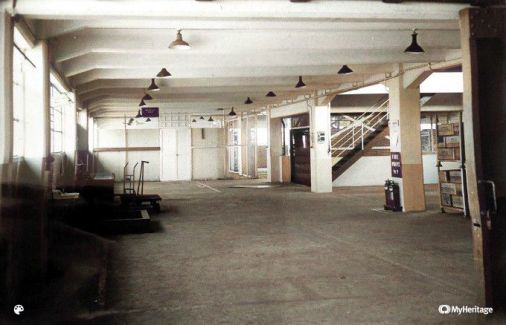 3 NZ Division Tricks and Tanks parked at Main Ordnance Depot, Mangere Bulk Depot on their Return from the Pacific in 1944. Alexander Turnbull Library 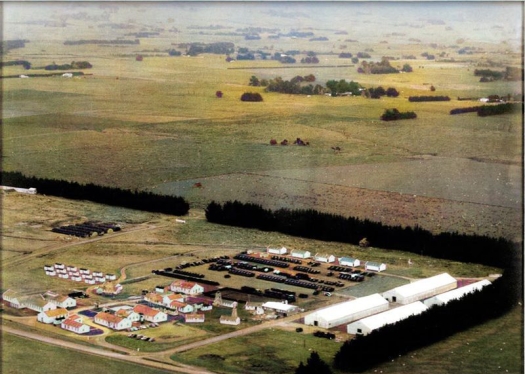 Test your knowledge of New Zealand’s Ordnance Services, click on the link and complete the short quiz;