The Pataka Magazine was the Newsletter of the RNZAOC. Starting off as a simple 3-page newsletter in 1968, it continued to be published intermittently over the next 28 years, until the final edition was published in 1996.

When I was the Warrant Officer Logistic Policy in HQ Logistic Command (Land), I discovered the former Ordnance Directorate Pataka files in a filing cabinet. To preserve them for the future, I had digital copies made, and the originals passed to the Corps History room at the Supply Wing of the Trade Training School.  Hopefully, they remain there today.

Although not all editions of the Pataka magazine survive today, the surviving copies do provide a great snapshot into the operations and activities of the RNZAOC from 1968 to 1996.

On assuming the office of DOS in August 1968, Lieutenant Colonel G.J.H Atkinson wanted the many members of the RNZAOC to be informed of the Corps activities and “Kept in the picture Corps-Wise”, and it was decided that a simple way of rectifying this would be by the production of a Corps Newsletter.  To be produced by the Corps Directorate, with content provided by units,  it was hoped that a newsletter would provide an informative two-way flow of information to all units and personnel of the Corps.

RNZAOC Newsletter No 1 was published in October 1968, and was a simple affair of three typewritten pages, detailing the newsletters intent, information on the Corps Organisation, Staffing, Training, Procedures and miscellaneous news on dress and awards. Copies were distributed to all units, with individual copies going to each Ordnance Soldier overseas. Newsletter No 1

SSgts Nicholson’s proposal was accepted, and all subsequent issued of the RNZAOC Newsletter would be known as the “Pataka”.

It seems that the concept of a Corps Newsletter was popular, with six issues produced in 1969. These first editions followed the format set by the first issue. In that, they covered Corps Organisation, Staffing, Training, Procedures and miscellaneous news on dress and awards, and expanded to include Corps related sports news, Postings in and out of units and promotions.

Six editions of Pataka were produced in 1969. Copies can be viewed at the links below;

Pataka continued to flourish in 1970. The size of the issues was growing with most consisting of 4 to 5 pages of contributions from throughout the Ordnance community, including the introduction of some rudimentary illustrations.

The six known remaining editions of the 1970 Pataka can be viewed on the links below;

Unfortunately only the December copy of the 1971 Pataka magazine remains today, it number indicates that there were 7 issues produced in 1971. The December issue is significant because it is the first issue to be seen with a cover.

Designed by Major T.D McBeth (DOS 83-86) at the direction of the sitting DOS Lieutenant Colonel G.J.H Atkinson (DOS 68-72), the cover design was a clever combination of different aspects of the RNZAOC. Set in a stylised map marking symbol for Class IX stores. Divided into quarters surrounding an Ordnance Badge in the centre[1],

Although initially produced on white paper, some units indicated that to make the magazine more appealing, the covers should be provided in a different colour for each edition, this idea was supported by the Ordnance Directorate. But as 1000 white copies had been produced at great expense, and distribution per edition was 125 copies, the white copies would have to be wasted out first.

The surviving 1971 edition of Pataka can be viewed on the link below;

1972 was an eventful year for the RNZAOC, the ANZUK Ordnance Depot in Singapore had become a fully established depot, and the Singapore posting would become a welcome addition to the posting cycle iuntil1989.  Lt Colonel Atkinson who had served the Corps since the Second World War had retired and Lt Col M.J. Ross took up the position of DOS

Today only four issues remain from 1972

It was decided at the 1972 Corps Conference that future editions of the Pataka Magazine would be produced quarterly in February, May, August and November.

No Pataka magazines from 1973 remain today, but a special “Pataka Supplement” was produced to record the commitment of 3COD to operation Snowline. Operation Snowline was the emergency relief operation conducted as the result of massive Snows affecting the South Island in August 1973. With snow falling as low as 250 meters above sea level from Oxford in the north to Fairlie in the south, a considerable emergency relief effort was mounted by the Army, with 3COD playing a significant part, which is recorded in the following ‘Pataka Supplement’;

It seems that the Pataka Magazine was in the doldrums from 1974 until 1979. In the last Pataka Magazine published in 1996 mention is made of Pataka Magazines released in Nov 1974, October 1976, June and July 1978. Unfortunately, no copies exist in the DOS Archive.

An outstanding year for the RNZAOC, 1979 the Corps would take over the RNZASC  Supply Functions, only the February 1979 edition survives and can be viewed at this link;

The 1982 editions of Pataka can be seen on the link below;

No copies of the 1983 Pataka Magazine remain.

The March 1984 issue of Pataka saw a departure from past issues, it had a revised format and a new Colour cover. 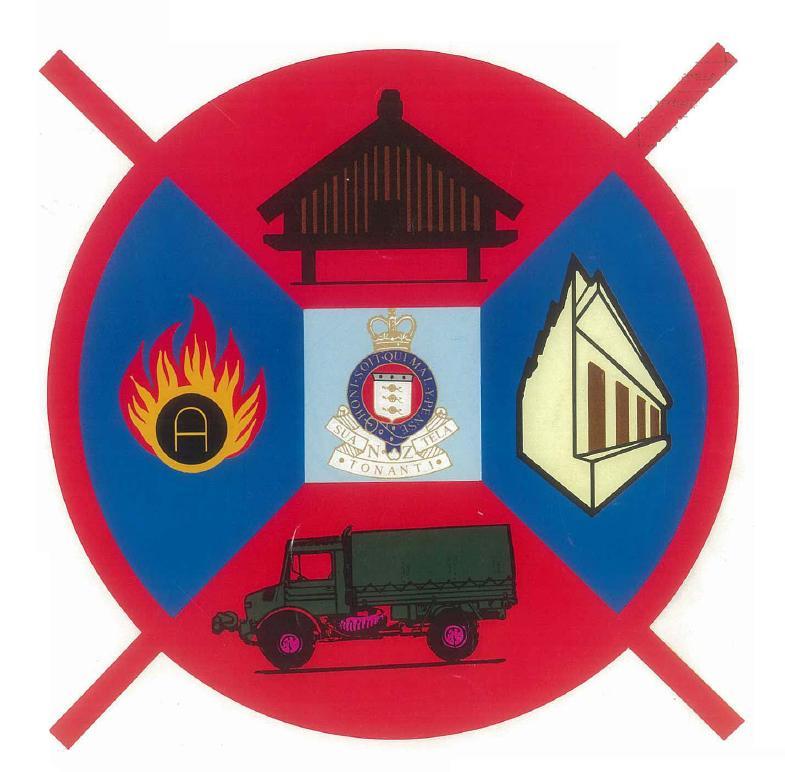 The 1986 editions of Pataka can be viewed on the links below;

The 1987 editions of Pataka can be seen on the links below;

No Copies of the Pataka Magazine produced in 1988 have been located.

The March 1989 edition of Pataka can be seen on the links below;

No Copies of the Pataka Magazine produced between 1990 and 1991 have been located.

The 1990s were a vibrant era for the Pataka Magazine, management of the magazine was taken over by 1 Base Supply Battalion with WO2 G.D Moore as the Editor. Taking Young officers under his wing, GD would hit the road with his team and visit most units throughout the country, gathering material for the Magazine and if time permitted playing the occasional round of golf.  Utilising the latest in word processing technology (Wordperfect 5.1 and Alldus Pagemaker 4) GD revitalised the format of the Pataka Magazine into a professional looking publication, which was both an entertaining and informative read of 60 to 100 pages. The traditional Pataka Magazine cover was retired and replaced with a full page colour photo.

The 1992 editions of Pataka can be viewed on the links below;

The 1993 editions of Pataka can be viewed on the links below;

Produced but the editorial team of WO2’s Dave Cossey and Willy Epiha, this edition was a huge effort at 108 pages, with a cover which highlighted the unveiling of the RNZAOC window at St Marks Chapel in Waiouru.

The 1994 edition of Pataka can be viewed on the links below;

The Final Edition of Pataka Magazine, produced by an Editorial Team led by WO1 Keith Pittams, The final edition consisted of 127 pages of articles on current activity’s and also a retrospective view back to past editions.

The final edition of Pataka can be viewed on the link below;

Introduced by Lieutenant Colonel Ron Cross,  the Te Pataka Book Prize was an annual book prize for the best article written for the Pataka Magazine. Instituted to increase interest and encourage quality submissions from both serving and non-serving members, Lt Col Cross was the judge, which was a crafty way to ensure that he would continue to receive copies during his retirement.

At this stage, the only know recipient was SSgt Tama Hiroti in 1994.

With the disestablishment of the RNZAOC in 1996, the concept of a Pataka type magazine did not entirely fade away, and in 2010 the successor to the RNZAOC the Royal New Zealand Army Logistic Regiment started to publish its own in-house magazine