As the RNZAOC organisation matured in the late 1950’s, it became apparent that the system in place of having separate Ordnance, Vehicle and Ammunition Depots located in the same locations, but under different command arrangements was impracticable and not an efficient use of resources. Starting in 1961 a reorganisation was undertaken to consolidate administrative, accounting and stores functions under one headquarters. The restructuring would ensure that there would only be one RNZAOC depot in each district, which would consist of;

To achieve this all the existing Stores, Ammunition and Vehicle depots would become Sub-depots of a District Ordnance Depot, designated as;

The outline shape of the new Depots is shown as;

A Major, the Officer Commanding  was responsible for;

Either a Captain of Senior Lieutenant the 2IC, Stores and Planning officer was responsible for;

The 2IC, Stores and Planning officer would usually be assisted by the Foreman IC Stores (FICS) who would have been a senior Warrant Officer.

Either a Captain of Senior Lieutenant the  Accounting Officer was responsible for;

ATO’s could have been any of the Depots officers who would have to balance their regular duties with their Ammo responsibility.

Each HQ consisted of an;

Records from all three Sub-Depots were centralised in the HQ, and all administrative and accounting functions (including Workshop accounting) were performed there.

Controlled by a Chief Clerk who was directly responsible to the OC for;

Controlled by the Accounting Officer, who would be appointed for the two accounts in the Depot:

The Accounts Group was comprised of the following sections;

The Stores Sub-Depots consisted of the following Groups;

The functions within in Stores Groups were accepted as standard;

Note: In a small group one person would have performed all or most of the above functions.

A typical representation of the staffing of  a large Group  is shown in the following diagram; 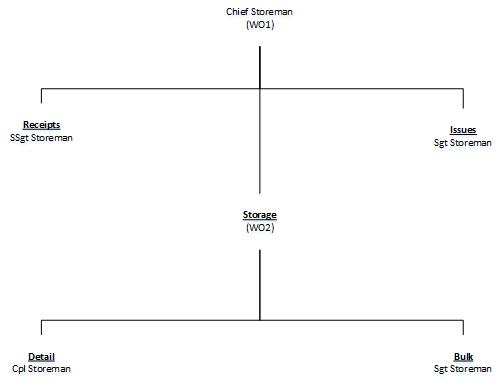 A RNZEME Maintenance Section was sometimes included as part of the Depot.

The NCO IC Traffic was directly responsible to the Stores officer and had the responsibility for the control and coordination of the Depots transport, Including;

Although similar in function, based on their location, dependency and infrastructure each Ordnance Depot had a slightly different structure, as much as possible the terms used to name positions were standardised against the following definitions.

Copies of the 2 District Ordnance Depots establishments can seen on the attached Links; 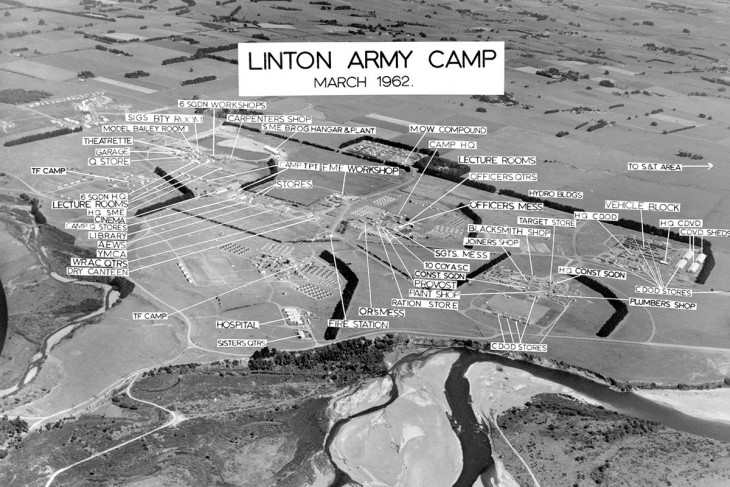 The District Ordnance Depots remained until 1968 when they were reorganised  again and became;