Ordnance badges of the United Kingdom and most present and former Commonwealth countries all trace their origins to the Coat of Arms of the Board of Ordnance.

Coming into use in the seventeenth century, but not given royal approval until 1806 when the Arms of the Board of Ordnance was confirmed by a grant from the College of Arms in 1823.

The description of the original grant of arms describes the coat of arms as; 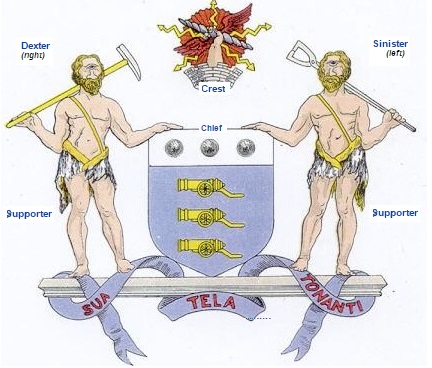 Translated into modern English it reads as:

Shield: Blue background with 2 Field Pieces in Gold, on the Top portion of the shield 3 Silver/White cannonballs,

Crest: rising from a
Silver/White crown, a right arm grasping a thunderbolt, wings against a flaming background.

Supporters: Two cyclops on either the right-hand cyclops holding a hammer, the left-hand cyclops a pair of Forceps, resting on the shoulder of each respectively.

Motto: In the riband, the motto ‘sua tela tonanti’ loosely translated as ‘To the warrior his arms’

The shield with three cannons and three cannonballs is the standard component of the Coat of Arms used on Ordnance cap badges; variations include a riband with either the Corps motto or a descriptor of the corps the insignia belongs to.

Early Australian and New Zealand Ordnance badges had annulus surrounding the shield with the name of the respective Corps inside it.

Many international variations of Ordnance badges have also had national identifiers affixed to the top of the shield, for example, Canada had a Beaver on their 1903 badge, and New Zealand had the letters NZ on various versions of their badge.

On granting of Royal status, two features were added to most badges:

Listed below are examples of some of the various ordnance badges of the United Kingdom, Australia, Canada, India and South Africa. Examples of new Zealand pages can be found at Ordnance Badges of New Zealand 1916-1996.

In July 1896 on the recommendation of the War Office, Queen Victoria approved the use of the of the arms of the Board of Ordnance in that the shield, less the crest and the supporters be incorporated into the badge of the Army Ordnance Department and Corps (AOC). The two cap badges were of similar design, differing only in the wording on the scroll and became the parents of all the Imperial, then Commonwealth Ordnance Corps, its pattern of badges would be utilised at some stage by all.

Entirely placed under military control in 1942 and renamed the ‘Australian Army Ordnance Corps’ and granted Royal status in 1948. The current design of badge with a King’s crown was approved in 1948 but only worn as a collar badge until 1956 when a cap badge with a Queens Crown was introduced which remain in service today. 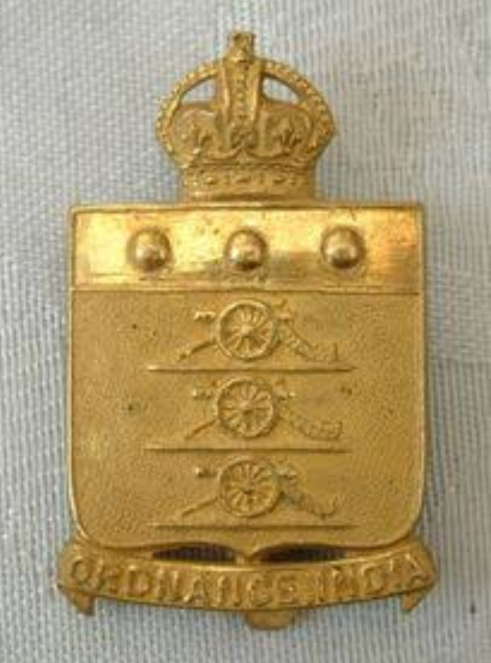 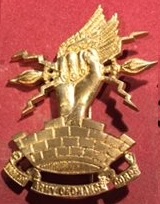 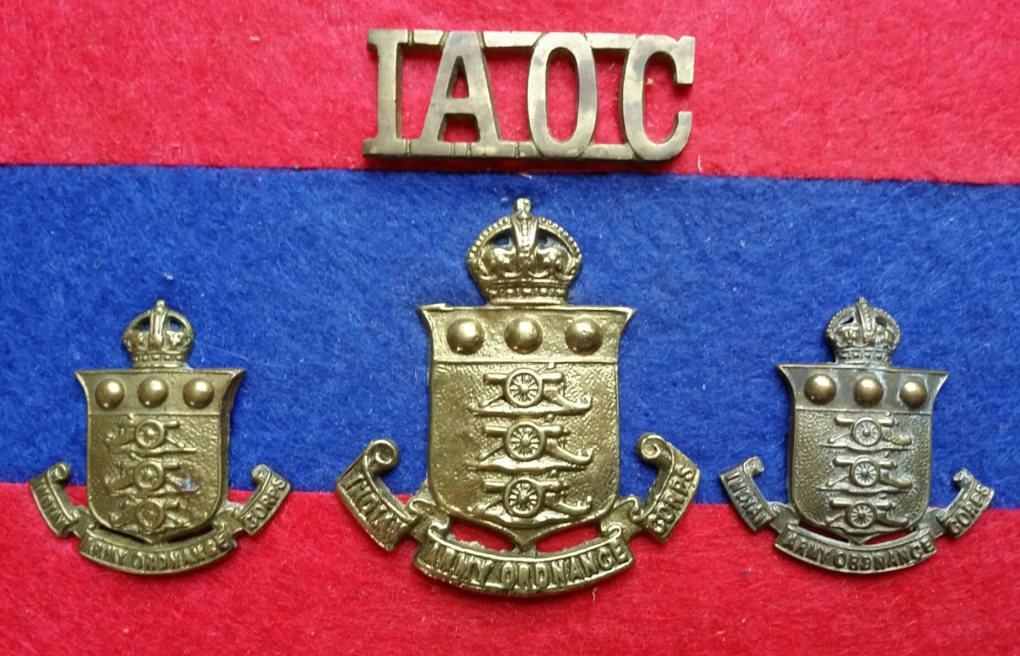 With Independence in 1950, the “Indian” prefix was dropped, and the corps is now only known as the ‘Army Ordnance Corps’. 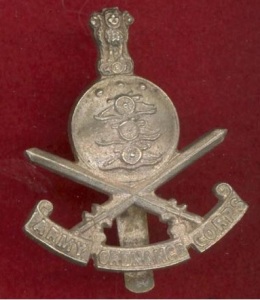 Other known Indian Ordnance badges were:

On the 15th of August 1954, a redesigned badge was adopted. Based on the RAOC Pattern badge, this badge consisted of; 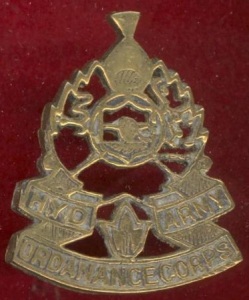 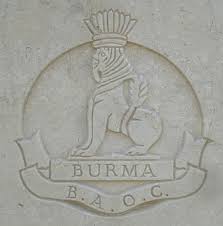 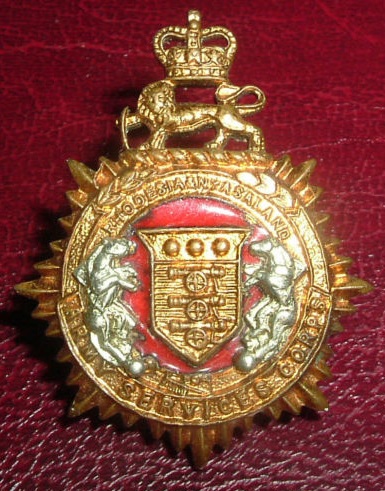