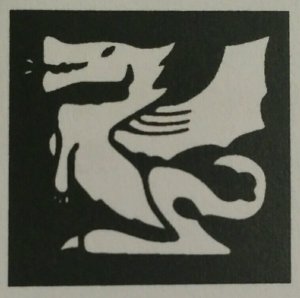 Formed at Waiouru in October 1941 with the intent of being deployed to the Middle East after Training in New Zealand for six months. The 1st NZ Army Tank Brigade was to provide armoured support for the 2nd NZ Division. The 1st NZ Army Tank Brigade consisted of three Tank Battalions with ancillary units including Medical Corps, ASC, Signals and Ordnance. The Ordnance units included: 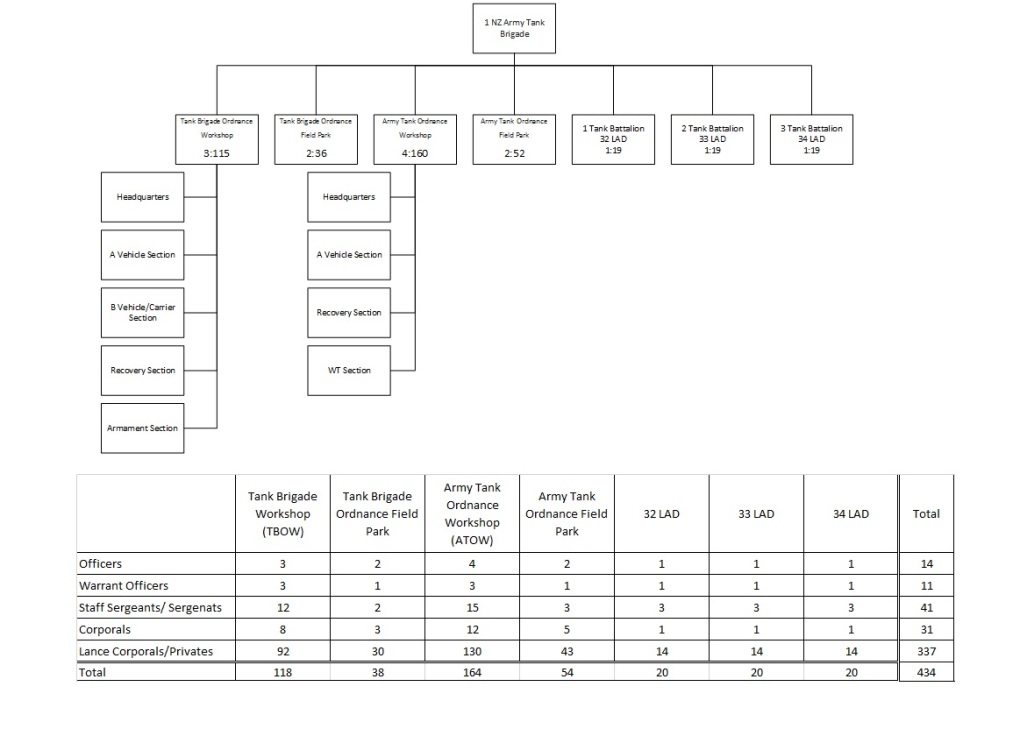 The leadership of the Brigades Ordnance units was drawn from the 2nd NZ Division and arrived back in New Zealand in Late 1941. As the New Zealand Ordnance Corps was a new unit, most of the new recruits had to be found in Civilian Garages, workshops and industry with some additional specialists drawn from NZAOC workshops and returned from the Middle East. Most of the specialist personnel were trained at the Main Ordnance Workshop in Trentham with the remainder prepared at the new AFV school in Waiouru. 1

With the entry of the Japanese into the war in December 1941 and their advance and conquering of much of South East Asia and the Pacific, home defence became the priority. Plans to deploy the 1st NZ Army Tank Brigade to the Middle East were put on hold and the unit rerolled for the immediate defence needs of New Zealand.2 After a period of reorganisations, the Brigade was ordered to be deployed in April 1942, with elements dispersed to:

This dispersion caused some issues for the Ordnance organisation. Designed to support the Brigade as a single entry in the flat North African desert within a 70mile radius. Ordnance would struggle to support the dispersed brigade that was now dispersed throughout the length and breadth of rural New Zealand, with few suitable roads and limited railway capability able to handle the ancillary equipment such as the specialist workshop binned and machinery trucks.

To Provide optimal support for the Brigade units the Ordnance organisation had been reorganised by July 1942 with the Army Tank Ordnance Workshop and 32, 33 and 34 LAD’s organised into what could be described as “Super-LADs” providing both 1st and 2nd line A and B Vehicle and Armaments and specialist spares support. 3rd line support was provided by the Tank Brigade Ordnance Workshop at Trentham and the Railway Workshops at Otahuhu.

November 1942 saw further changes which would start the gradual disestablishment of the 1st NZ Tank Brigade.3

By June 1943, the final units of the 1st NZ Army Tank Brigade; the 1 Tank Battalion Group and 32 LAD, now based at Pukekohe and the Independent Tank Squadron and 34 LAD based at Harewood were disbanded. The Ordnance personnel of those units were either sent to the 2nd or 3rd Divisions in Italy and the Pacific as reinforcements or absorbed into other ordnance units in New Zealand for the duration of the war.

The only unit authorised to wear the 2NZEF ‘Onward” badge, members of the 1st NZ Army Tank Brigade also wore on both arms a one-inch square coloured patch in the arm of service colours (purple Navy and Post Office Blue for Ordnance), with a miniature RTR ‘Tank” superimposed onto it. 3,4