24 February is the memorial day set aside as “Purple Poppy Day” the day on which we honour our war animals.

Complementing the traditional Red Poppy which is worn on ANZAC and Rembermanace day, the Purple Poppy symbolises all animals who have served during times of conflict.

Thousands of animals have provided support to New Zealand’s Forces, either as working animals or as mascots and providing companionship and comfort to service personnel.

One of the most famous animals in New Zeland Military History is Ceaser,, the bulldog who was awarded the Blue Cross Medal on 27 May 2019  for his service and bravery during the First World War. 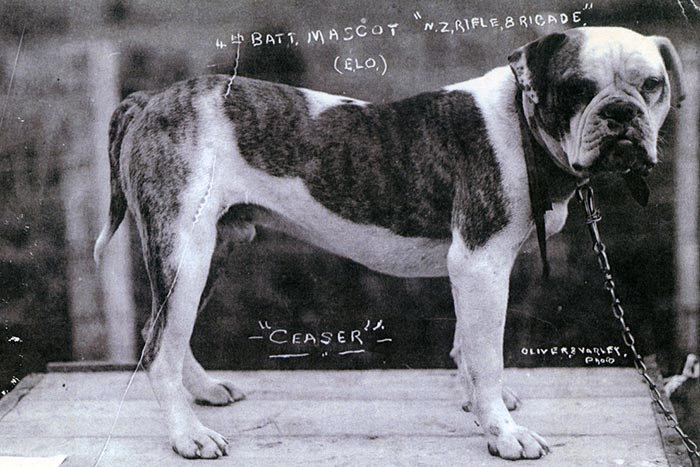 Like many other units of the 2nd New Zealand Divison during the Second World War, the Divisional Ordnance Field Park (OFP) had its own mascot, a small dog. The dog had been purchased as a pup from a local vendor in Tripoli for two shillings and named “Sergeant Two Bob”.

The name “Sergeant Two Bob” was a play in on the slang of the time where Bob was the common term for a shilling, with twelve shillings making up a pound,  “Two Bob” equalled two shillings which at the time was a common lighthearted insult where one would essentially say that something was worthless, in this case, it was a term of affection for a unit mascot.

Records indicate that “Sergeant Two Bob” would move with the OFP from North Africa to Italy in early 1944 and remained a member of that until the end of the war.  As the NZ Division demobilised, New Zealand’s strict quarantine regulations forbade the return to New Zealand of  “Sergeant Two Bob”, and it is assumed that he was found a new home with some Italian owners. 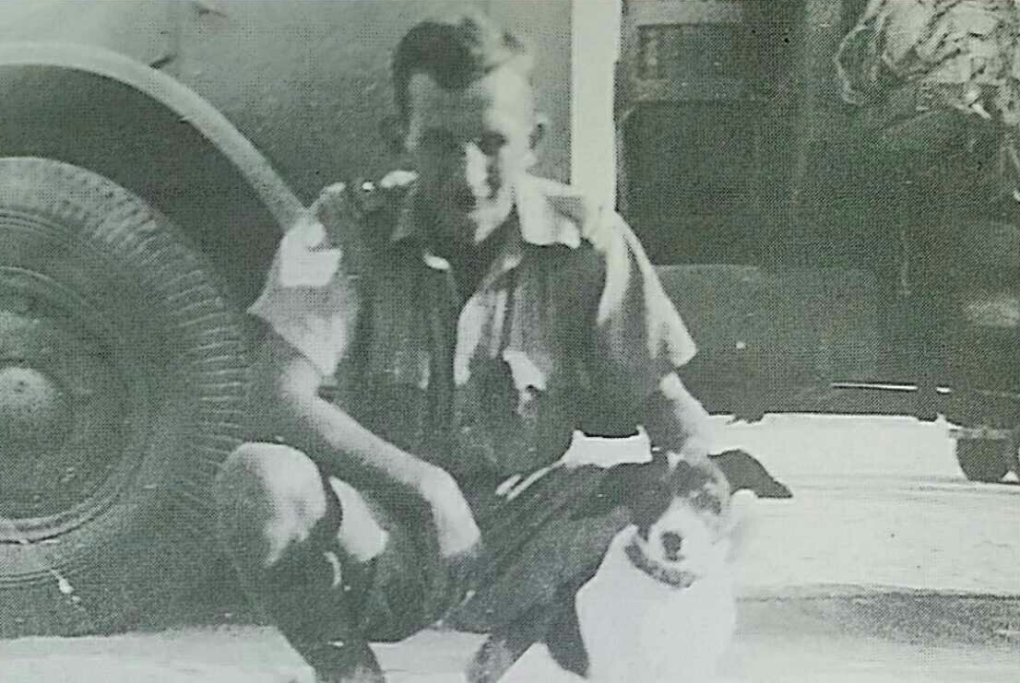 “Sergeant Two Bob” was not the only Ordnance Mascot during the Second World War.  In the Pacific, Ordnance in the 3rd New Zealand Division adopted ‘Jenny the fawn’.

Orphaned as the result of a deer-hunting expedition, Jenny was hand-reared on a diet of powdered milk and guava leaves and soon promoted to the rank of substantive corporal.

Corporal Jenny’s duties included representing the Ordnance team at football matches, resplendent in its Khaki cover decorated in Ordnance colours and regulation corporal’s stripes.  Later Jenny’s appetite extended to include tea-leaves, the unit’s laundry and mail.  On the NZ Divisions departure from New Caledonia in 1944 Jenny was presented to a local family. 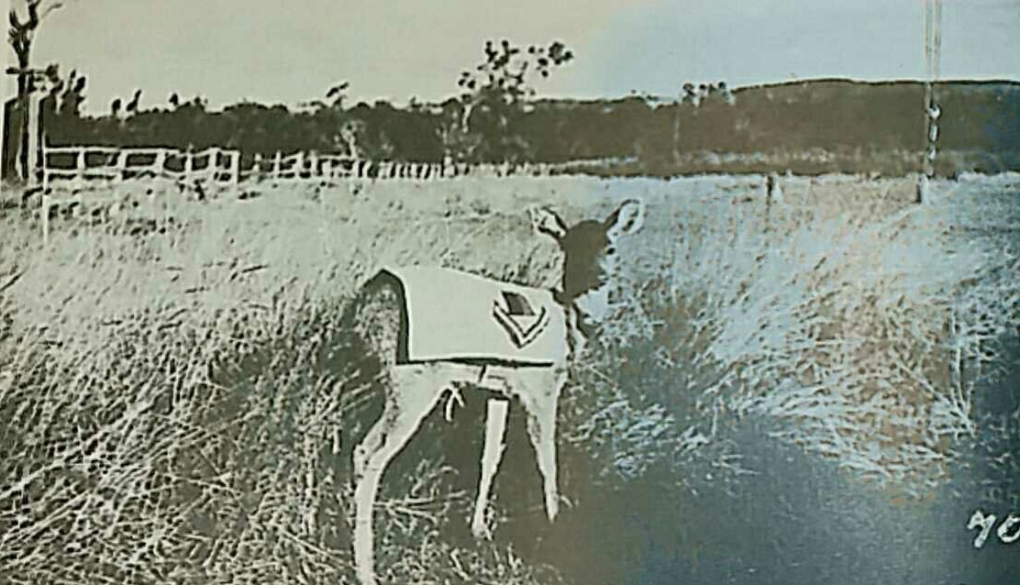 One thought on “Sergeant Two Bob and Corporal Jenny”