The NZEF of the 1914-1919 war was organised and equipped in such a way so that when mobilised it could comfortably fit into the British Imperial Army alongside British, Australian, Canadian and other troops from throughout the British Empire. In the early days of the war Ordnance support was provided by British AOC[1] Divisional/Corps depots, and although satisfactory the need for the NZEF to have an internal Ordnance organisation to cater for New Zealand specific items was recognised. Subsequently, regulations formally announcing the establishment of the NZAOC[2], as a unit of NZEF[3] were published in February 1916[4]. Moving with the NZEF to Europe the NZAOC consisted of three distinct elements;

What was required was a depot in a central location, near the NZEF Headquarters and with road and railway access to the New Zealand Camps and establishments and the ability to quickly link into the AOC logistic infrastructure and RAOC depots such as;

On the 25th of October 1916, the Officer Commanding, London District Authorised the NZEF, under the Defence of the Realm Act to take over the premises of Mr H Fisher and Mr J Fisher at 30 and 32 Farringdon Road[7] as an Ordnance Store. Located 1.5km from the NZEF Headquarters, the NZ Ordnance Depot was well situated on one of the leading north/south roads through London, with easy access to other arterial routes. Adjacent to the Metropolitan Railway, the Ordnance depot had easy access to Farringdon Passenger station and the Metropolitan Railway Goods Station[8]. The intent was to occupy the building from the 7th of November 1916. Still, due to issues securing the key and having the utilities such as water and electricity connected, the final occupation did not occur until the 27th of November. Records indicate the Depot started operations on the 1st of December 1916. 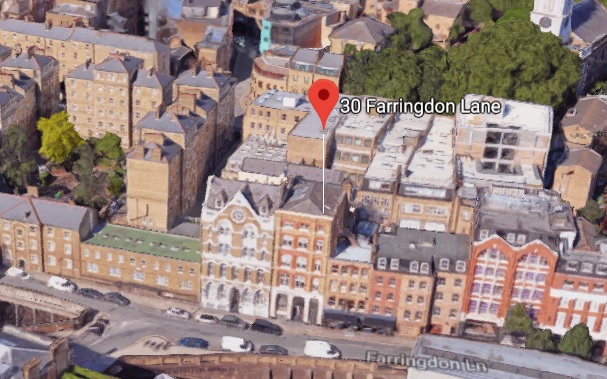 Overall command of the Depot rested with the Chief Ordnance Officer for the NZEF in the United Kingdom, Captain (later Major) Norman Levien. The Officer in charge of the Depot for most of its existence was Warrant Officer Class One (Conductor), Arthur Gilmore[9]. Posted to the Depot in November 1916 Conductor Gilmore would, apart from a six-month secondment to the Ordnance Depot at Sling Camp and three months sick leave due to Influenza would remain at the Depot until its closure in late1919[10]. Conductor Gilmore was promoted to Second Lieutenant on the 1st of February 1919.

The bulk of the stocks held by the Depot consisted of clothing and necessaries of all descriptions. Clothing was a mixture of;

As members of New Zealand Division started leave rotations to the United Kingdom from the front lines in Belgium and France, the condition of their clothing was found to be unsatisfactory. Under the instructions of the NZ General Officer Commanding, further accommodation for the Depot was secured for the reception of troops from the front on leave. This facility allowed troops as they arrived from the front, to rid themselves of their dirty, often vermin-infested uniforms, have a hot bath and receive a fresh issue of underwear and uniforms. As troops arrived on leave with their spare kit, ammunition, arms and equipment, A secure kit store was available for the holding of these items. As this reception store was developed, the New Zealand Soldiers Club and the New Zealand War Contingent Association set up facilities to provide hot drinks and the option to receive instruction on the use of prophylactic outfits[12].

The following items are an example of the types and quantities of the stores received by the Farringdon Road Depot over the Period 1 December 1916 to 1 August 1919;

With the Armistice in November 1918, the activities of the Depot started to wind down. Undergoing a full audit in July 1919, outstanding orders cancelled, stocks either returned to New Zealand, returned to RAOC Depots for credits, sold or destroyed with the Depot closed by November 1919 ending an early chapter of the New Zealand Ordnance story.

[11] The Royal Army Clothing Depot, Pimlico, was the main supplier of Uniforms for the British Army from 1855 until 1932.